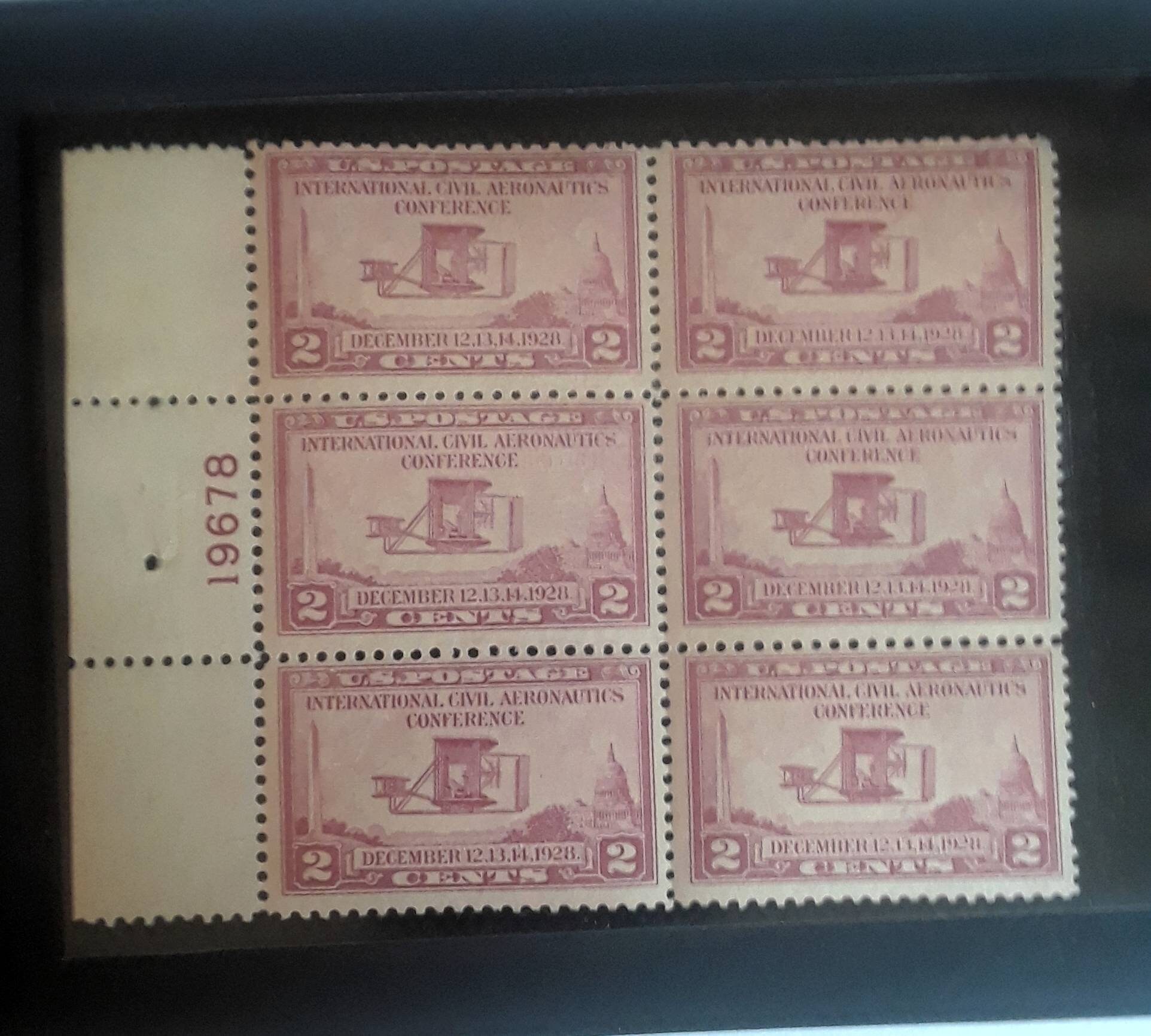 This stamp was issued in conjunction with the International Civil Aeronautics Conference held at Washington, D.C. The design shows the aircraft used by the Wright Brothers in the first successful flight of heavier than air, powered aircraft. The 1903 flight lasted exactly 12 seconds and covered a distance of 120 feet. The stamp commemorates the 25th anniversary of this first manned flight. Because the Civil Aeronautics stamps pictured airplanes, postmasters often confused them for airmail stamps, marking countless letters “postage due.”

Civil Aeronautics Conference
The 1928 Civil Aeronautics Conference was likely first suggested by President Calvin Coolidge. One of the most anticipated guests was Orville Wright, as the conference was held just a few days before the 25th anniversary of their first manned flight. Another aeronautic hero, Charles Lindbergh, also attended the event. The conference also hosted 200 representatives from 50 countries who participated in “meetings, conferences, lectures, discussions, and a general exchange of aeronautic ideas [as well as] official and unofficial dinners, banquets, entertainments and sightseeing tours.”